What is Pfeiffer Syndrome?

Pfeiffer syndrome is a health problem caused by a fusion of bones found in the skull, causing a malformation of the skull. The characteristics of Pfeiffer Syndrome include the following:

The human skull is made up of various bones that unite once the brain has completed growing. Once the bones have prematurely fused though, called craniosynostosis, the skull keeps on abnormally growing. The areas where the bones of the skull unite are called sutures.

The coronal suture is the one that prematurely fuses in Pfeiffer syndrome. This suture divides the frontal bone from the two parietal bones, which are the middle bones. Once the coronal suture has prematurely fused, the upward development of the skull is intensified and the development in the front and back is reduced. At times, the sagittal suture will also be prematurely closed in people suffering from Pfeiffer syndrome. This suture divides the right and left lateral areas of the middle part of the skull. When both coronal and sagittal sutures prematurely fuse, the skull grows into the shape of a clover leaf in appearance.

Severe complications of this syndrome involve respiratory complications and hydrocephalus. Hydrocephalus is defined as an over production of fluid inside the brain, resulting in brain malfunction if no treatment is performed. Respiratory problems may be brought about by deformities in the trachea or the underdevelopment of the midface. Several people may have a tracheostomy or an incision in the trachea. Death can be brought about by serious brain deformities, respiratory difficulties, prematurity, and complications brought about by surgery. Even with no hydrocephalus, there will still be mental retardation and delays in development. Low set eyes may be so serious that the child is incapable of closing his or her eyelids. 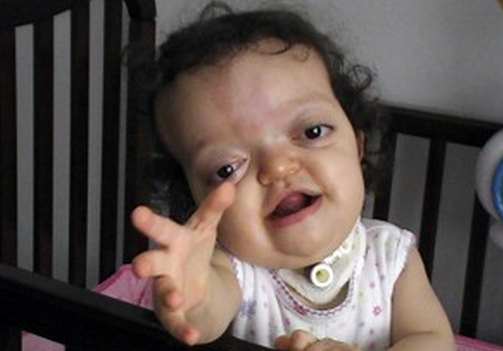 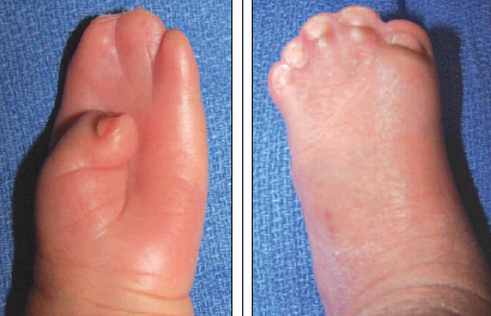 Infants suffering from Pfeiffer syndrome need to been treated by a team of experts in the field. This team usually involves

The families involved may consult with experts at the same time from when they enter the craniofacial clinic inside the hospital. Several body deformities must be attended to right away. Financial, mental and developmental concerns are secondary issues that also need attention. Sadly, the focus of the treatment is symptomatic and not really on the underlying etiology. Even if the craniosynostosis is found in the prenatal phase,  the treatment is still only symptomatic.

Numerous surgeries are normally done to gradually fix the craniosynostosis and to regularize the facial form. A surgical team is usually included. They involve a neurosurgeon and a plastic surgeon specialized in this treatment. The time and the sequence of surgeries may differ. An infant with the type of syndromic craniosynostosis usually needs an earlier surgery compared with infants with nonsyndromic type of craniosynostosis. The initial surgery is typically done within the first years of life or first few months of life.

More surgeries may need to be performed to fix other deformities. Abnormalities in the legs cannot normally be corrected. If the deformities in the leg do not result in disability, surgery is generally not needed. The correction of the elbow joints may only be partially done or at least modified for better performance.

The issues that need immediate health care are the following: