What is Cannabinoid Hyperemesis Syndrome?

Cannabis is considered as a most illicit drug used worldwide for abusing purpose. Teenagers and young generation are mostly abused this drug. Most of the Western countries are seriously affected by drug addiction by using cannabis formulations. The rate of incidence increasing with time. Almost 2.6 million U.S population get addicted to Cannabis in every year2. 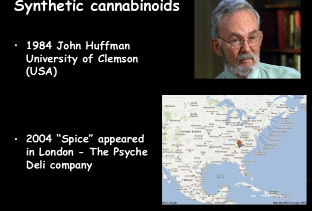 The attack of nausea and vomiting is not continuous, but it often occurs periodically with asymptomatic (without giving any symptom) gap. Severe nausea and vomiting often lead to dehydration, which requires immediate admission in the emergency department2. Two distinct cannabinoid receptors, CB1 and CB2 present in our body. CB1 is located in the brain, gastrointestinal system, heart, spleen, liver, uterus, bladder and in the male genital duct and CB2 is present in immune cells and in some area of the Gastrointestinal tract.

Δ9-tetrahydrocannabinol (THC), a psychoactive component present in cannabis. After administration of cannabis preparation, THC are bind with body fat and stay in the body for prolonged period. Chronic administration of cannabis produces a “reintoxication effect”, which causes food deprivation and also increase the stress level. Both these factors induce Cannabinoid Hyperemesis Syndrome.

Both of these components are non-psychotic, as they don’t bind with CB1 and CB2 receptor, but they bind with 5-HT1A receptor. But cannabidiol increases the expression of CB1 receptors in the brain and augment the hypothermic effects obtained by THC.

In a large dose of Cannabis, cannabidiol induces vomiting due to the development of the toxicity. In addition, cannabigerol provides an antagonistic effect on CB1 and 5-HT1A receptors and that also provides reversed anti-emetic effect.

Cannabidiol acts as pro-emetic at higher doses due to CB1 receptor activation in the brain and enteric plexus (nerve present in GI tract) causes delayed stomach emptying. In addition, CBG promotes recurring of severe nausea and vomiting. Both of this mechanisms involve in the onset of Cannabinoid Hyperemesis Syndrome2,3,4.

The etiology of Cannabinoid Hyperemesis Syndrome is mediated through CB1 receptor activation in the GI tract. The resultant of this is a reduction of gastric acid, esophageal sphincter becomes constricted and also alter intestinal motility. Decreased gastric motility causes delayed gastric emptying, in higher doses.

This becomes an adverse effect and appears due to opposing to the development of tolerance. Moreover, a higher dose of cannabis also alters gastric motility, which also influences delayed gastric emptying and promote nausea and vomiting2,5,6.

Clinical presentation analysis is important to diagnose the Cannabinoid Hyperemesis Syndrome. The patients most often in young adult aged.

The patient’s medical history analysis usually shows the chronic use of Cannabis. The chronic use indicates almost continuous administration of cannabis formulation for approximately three years in three to five times per day. The duration of this phase usually extends from months to years. During this period, the patient has nausea at an early stage and that creates a panic of vomiting.

In addition, abdominal discomfort also persists. No anorexia reported during this period and maintain the normal eating habit. The addicted individual usually continues to take cannabis, as they thought it can provide the anti-emetic effect.

The patient usually suffering from extreme and continual nausea and vomiting commonly occurs due to the irresistible and debilitating effect of cannabis. During this phase, patients have profuse vomiting frequently occur without warning. The severity of the vomiting can be such an extent that patient vomit out up to 5 times/ hour. Along with this most of the patients complain mild to moderate abdominal pain and dehydration.

Usually, no hemodynamic alteration occur during this period. The patient often takes frequent hot showers throughout the day. This idiosyncratic action may appear due to they build a concept that this helps to lessen the discomfort and can control the symptom. But this habit rapidly turns to a compulsive behavior.

This phase can end up within a few days or may extend to weeks, or months. During this period, the patient condition is gradually improving with the normal eating pattern. The body weight steadily increases and bathing frequency reduces and normalize2,6,7,8.

Following are some diagnostic tests are performed to rule out the exact cause of recurring nausea and vomiting. The following are the different treatment options available to treat Cannabinoid Hyperemesis Syndrome:

One thought on “Cannabinoid Hyperemesis Syndrome”